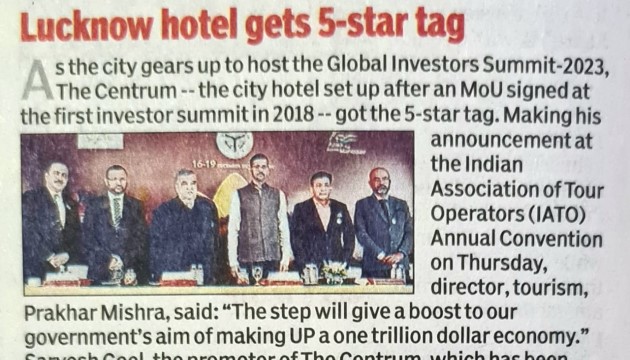 Lucknow Hotel Gets a 5-Star

Lucknow Hotel Gets a 5-Star:-

Lucknow Hotel gets a 5-star tag, As the city gears up to host the Global Investors Summit-2023, The Centrum–the city hotel set up after an MoU signed at the first investor summit in 2018 — got the 5-star tag. Making his announcement at the Indian Association of Tour Operators (IATO) Annual Convention on Thursday, the director, of tourism, Prakhar Mishra, said: “The step will give a boost to our government’s aim of making UP a one trillion dollar economy.” Mr. Sarvesh Goel, the promoter of The Centrum, which has been selected to host the G-20 event in February, said: “Since we cater to major national and international events, the five-star rating will give us an extra mileage.” 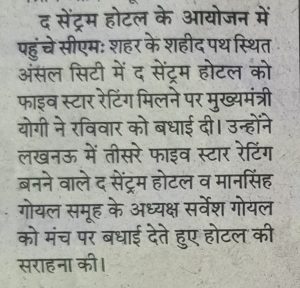 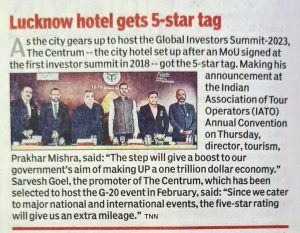 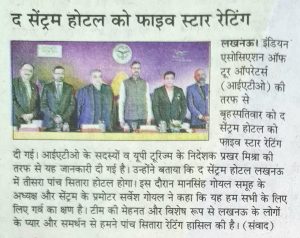 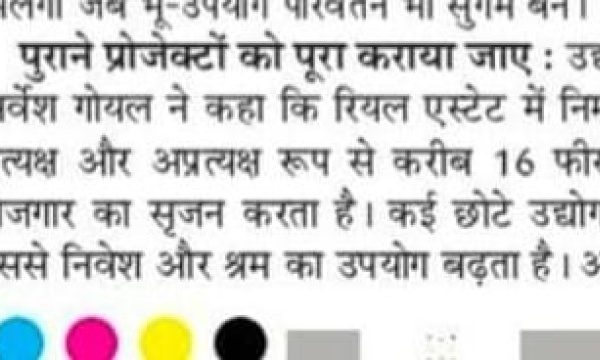 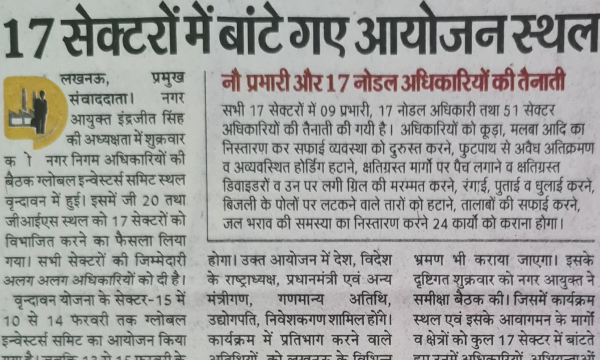 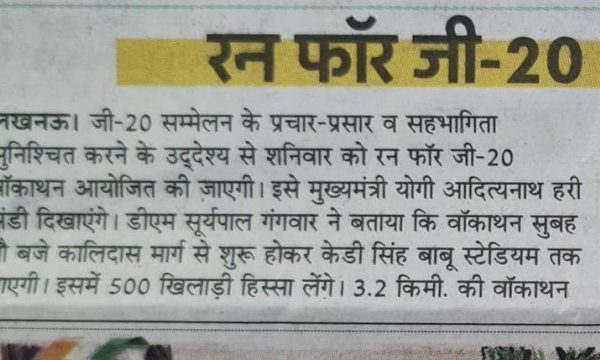