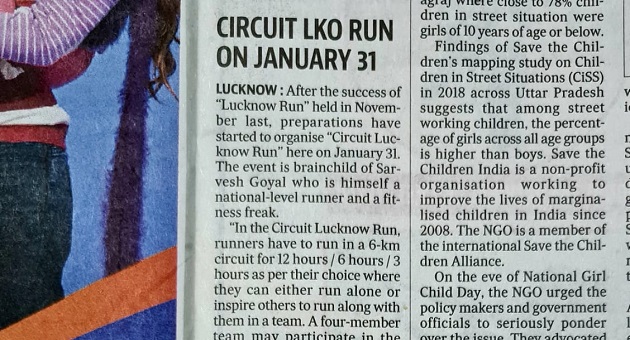 After the success of “Lucknow Run” held in November last, preparations have started to organise “Circuit Lucknow Run” here on January 31st. The event is the brainchild of Sarvesh Goel who is himself a national-level runner and a fitness freak.

“In the circuit Lucknow Run, runners have to run in a 6 kilometer circuit for 12hours/ 6 hours/ 3 hours as per their choice where they can either Run alone or inspire others to run along with them in a team. A four-member team may participate in the relay category to engage more,” Sarvesh Goel, who is the promoter of a Lifestyle club “The Centrum” located in Sushant Golf City and the organiser of the event.

“Athletes professionals and fitness enthusiasts are participating in the event. The aim is to test the endurance capacity of runners participating in the event,” he added. To be held under the banner of “Lucknow Run” from 6 a.m. onward, the Circuit Run will start from “The Centrum” to GD Goenka Public School and back. The event also provides an opportunity for corporates and running groups that undertake such programs as a part of their training and fitness plans to encourage their runners. 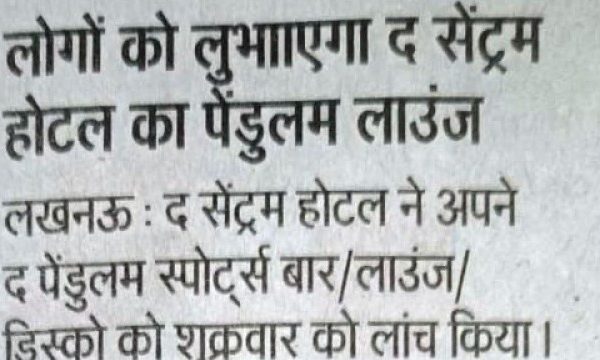 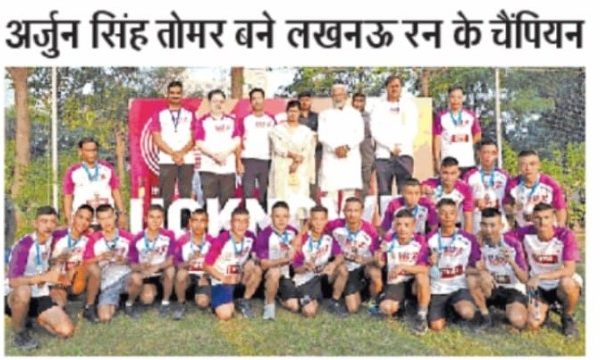 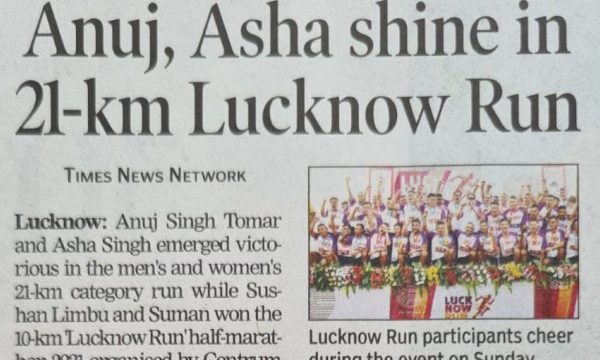